After two years of online conferences, the Institute of Mathematics and Informatics was happy to welcome the speakers and participants in person. The initiative “Women in Mathematics of South-Eastern Europe” started in December 2020, when the inaugural conference took place. The main goal of this initiative is to promote the role of female mathematicians, to disseminate new results and to create new long-term collaborations among scientists in South-Eastern Europe.

Special guests in this year’s edition of the conference were the established scientists Anna Maria Fino from the University of Torino, Italy and Sofia Lambropoulou from
the School of Applied Mathematical and Physical Sciences, National Technical University of Athens, Greece. Almost fifty researchers took part in the event. There were participants not only from the Balkan region: Bulgaria, Greece, North Macedonia, Romania, Serbia, and Turkey, but also from France, Italy, Poland, Ukraine, and USA. Postdocs of the International Center for Mathematical Sciences – Sofia also participated in the conference. Part of the social programme during the conference was the Christmas concert of the Strauss Vienna Orchestra at the National Palace of Culture in Sofia – a special present given to the participants by the organizers. We believe Women in Mathematics of South-Eastern Europe is a nice opportunity to create new long-term collaborations between mathematicians in South-Eastern Europe and to encourage women and girls to develop research careers in Mathematics and its applications.

The Third International Conference “Women in Mathematics in South-Eastern Europe” was held with the support of the Simons Foundation, the European Mathematical Society and the Ministry of Education and Science of Bulgaria – PIKOM Scientific Program.

Information about all the speakers, as well as the titles and abstracts of their talks, can be found here: https://icms.bg/women-in-mathematics-in-south-eastern-europe-2022/

… to receive information about conferences and other activities. 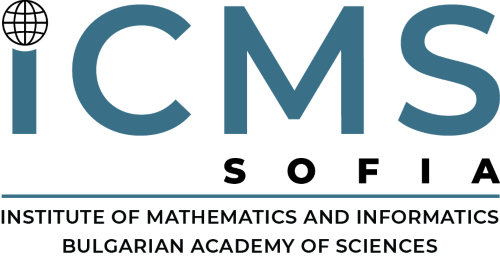